Leading yacht inflatables company FunAir have partnered with Singapore Yacht Show to enable guests to experience more of the yachting lifestyle at the VIP floating Lounge on board Lady QuickGlow.

Introduced for SYS2016, the 25m custom built Lady QuickGlow serves as a centre-point for the show, and a welcome resting place in the busy marina. FunAir will have a Yacht Climbing Wall deployed from the large deck area into the water, alongside one of their latest products, Yacht Golf.

FunAir will also be representing their partnership with Oceanemo, the Sports Utility Yacht at Asia’s most important yacht show. A perfectly scaled model of the yacht will sit on a digital display, with 3D printed models of a full compliment of FunAir inflatables. This can be found in the cool air-conditioned lounge inside Lady QuickGlow.

John Courtney, Managing Director of Yachting at FunAir commented, “We are delighted to partner with the Singapore Yacht Show and bring an additional lifestyle element to the event. Having our inflatable yacht products deployed in the water from Lady QuickGlow will allow guests to interact, and imagine how they would look on their own yacht.“

Its just three weeks to go until this year’s YARE (Yachting Aftersales and Refit Experience) – held in Tuscany, from the 19th to 22nd of April 2017. Now in its seventh edition, YARE welcomes a global audience to discuss aftersales and refit in the superyacht sector and provides a meeting space for captains and companies. 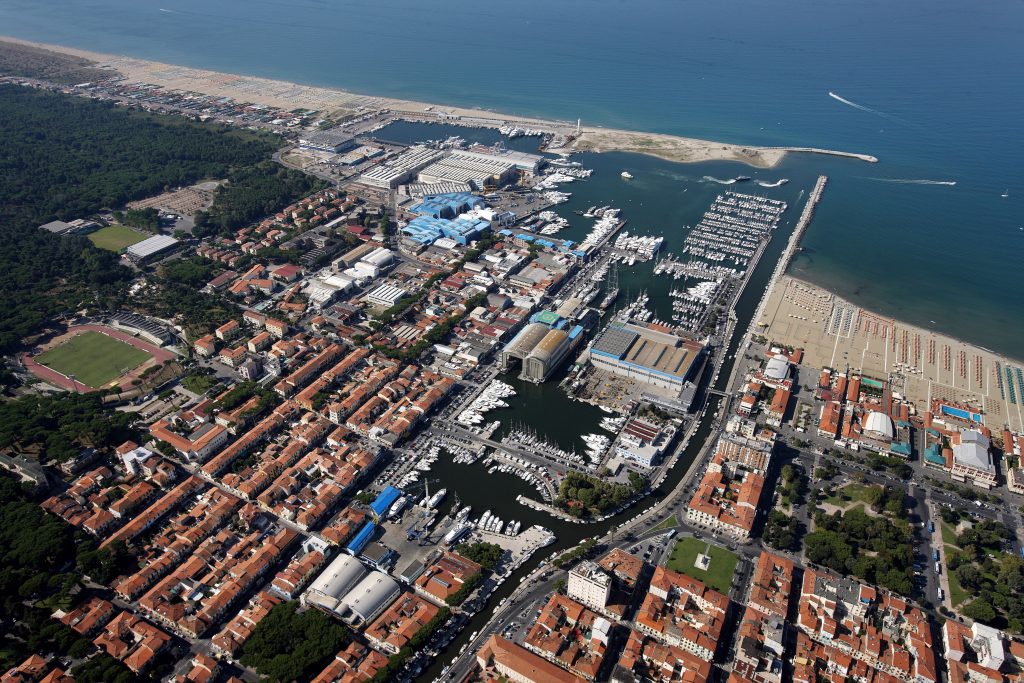 During the four days, the event will focus on various issues in the superyacht sector. The Superyacht Captains’ Forum, organised by YARE’s media partner, The Superyacht Group, will host dynamic and interactive workshops, dedicated to the themes of refit and aftersales.

YARE works with a database of superyacht captains that is continually updated throughout the year. This allows industry representatives to renew connections at each edition of the B2C Meet the Captains, which are face to face meetings that take place to begin direct and useful relationships.

The B2C meetings offer an unique opportunity for captains to discuss issues and seek advice and for companies to identify trends in the market using the feedback provided. 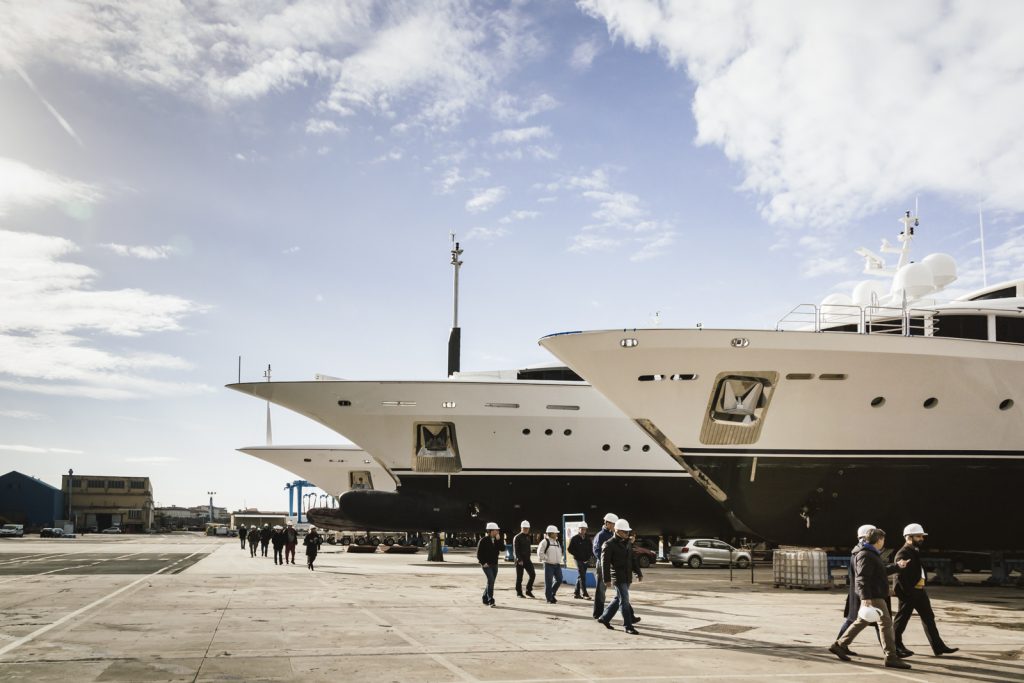 Areas such as Croatia, France, Malta, Italy, Monaco, and Spain were particularly well represented, as were Northern European countries, including Germany, The Netherlands, and Switzerland.

The same international trend can be seen in the captains’ audience –over 52% of captains in attendance came from outside of Italy. Last year’s event also saw a significant increase of the length of the yachts being represented, the majority of which being built by the world’s top shipyards, including those in The Netherlands, Italy, the UK and the USA.

Twenty different nationalities were represented through Captains’ participation, including British, French, Spanish and American. They also saw a growth in the size of yachts being represented, with an increasing number of captains operating yachts between 40 to 60 metres.

The B2C programme connected captains and companies in nearly 1,600 meetings. The new event app ensured that delegates were able to make the most of these meetings, compiling their schedules and allowing them to give feedback on the individual meetings.

YARE promises to be an unmissable event for captains and the refit and aftersales industry. It offers a unique and international platform for captains and companies to gather, learn about new regulations, discuss current issues and future trends, and expand their network. 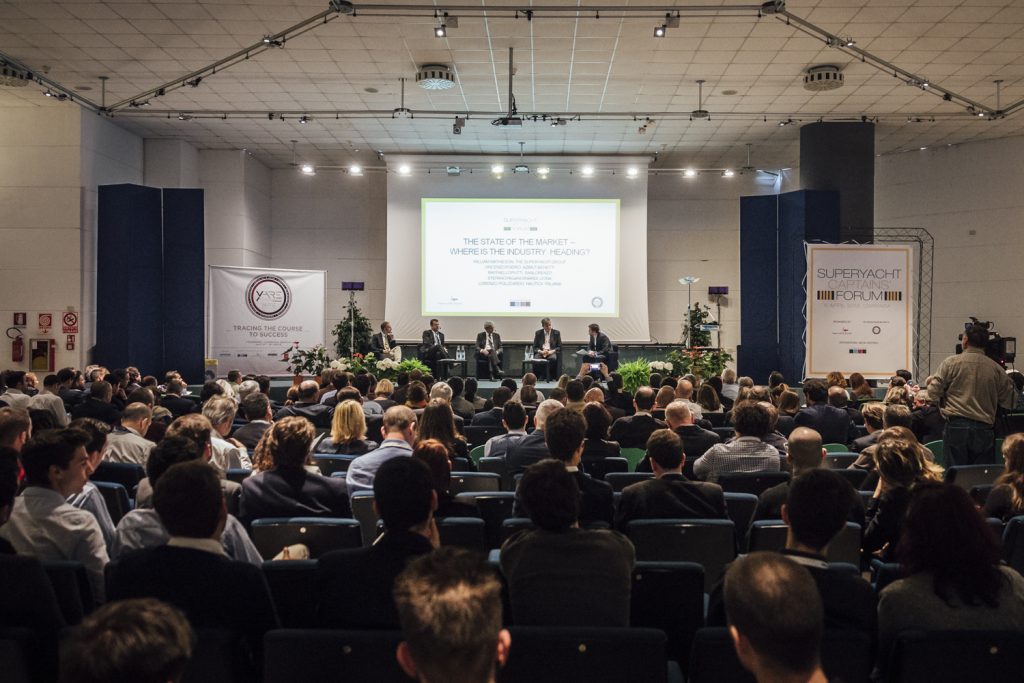 The real “heart” of Yare are the face to face meetings between captains and companies. They provide an intimate platform in which to meet the participating Captains, and make valuable connections.

Beyond the meetings, the Forum and the District Tours, captains and companies attending YARE will have the opportunity to discover Versilia and the surrounding area. Thanks to the many activities on offer in the areas of Viareggio, Camaiore, Forte dei Marmi, Pietrasanta and Porto Mirabello, there is plenty to engage with in this beautiful part of the world.

Innovative team players FunAir have announced a partnership with Sydney based superyacht supplier, Marine Riley. They will be exhibiting at the Gold Coast International Boat Show from Friday 17th March until Sunday 19th March 2017 with a large compliment of FunAir products on display.

Watch out for the popular Adjustable Yacht Slide, Water Mat and the launch of the FunAir Lagoon Pool – Aussie Edition. This 3 x 4 meter pool has been designed specifically to inflate the fun for the Australian yachting community during trips on the water with friends and family. 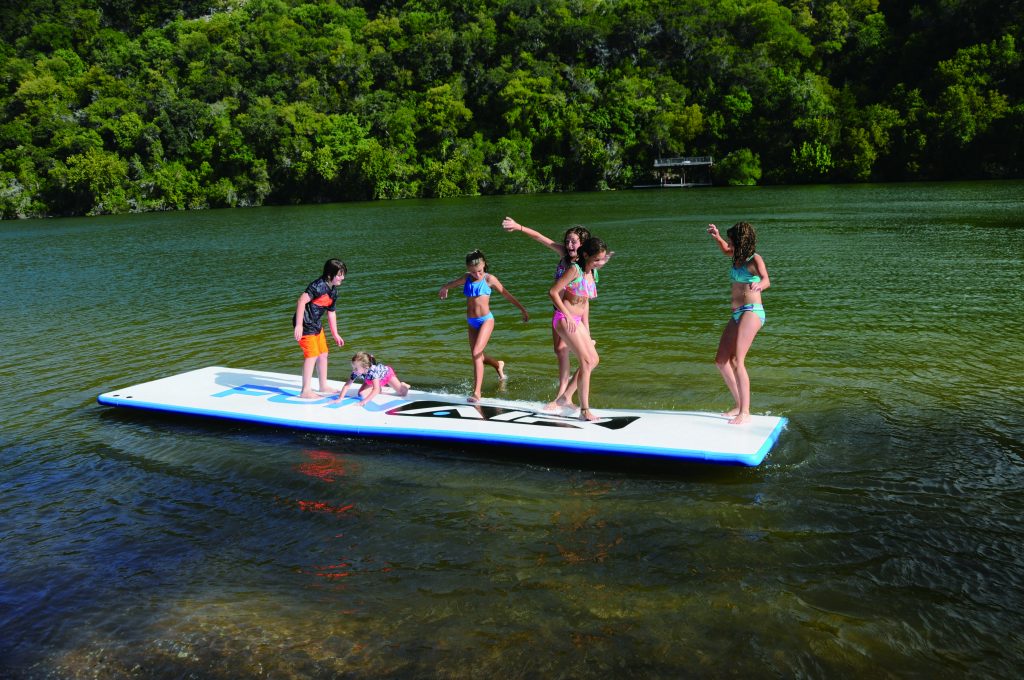 It’s made from a new material so it folds and packs 30% tighter and lighter than industry standard pools. The pool uses a high-grade mat for the netting to keep out even the smallest critters, and it’s so fine they’ve added a lockable zipper so water can be quickly released from the pool when it is being packed away. Plus you can use the adjustable weight system in each corner to accommodate changes in ocean conditions.

Marine Riley supply high-quality motor yachts, sailing yachts and top notch marine and water sport related merchandise from around the world, with a key focus on tenders, trips and toys. They stock FunAir inflatable products for yachts, including Quick Ship items that can be delivered from website to water in just 72 hours. Perfect for those last minute trips or charter vacations. 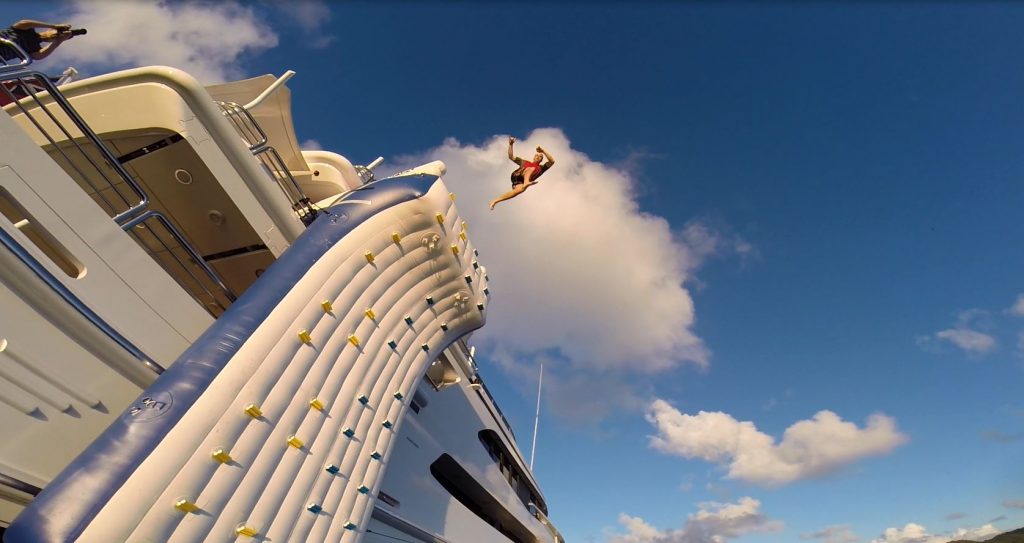 FunAir are well-known for their fully custom portfolio of yacht toys as well as being the only inflatable toy manufacturer that can get products shipped globally in three days or less. John Courtney, MD of Yachting at FunAir commented, “We love working with the guys at Marine Riley. They have an excellent knowledge and understanding of the marine market, with a specific focus on luxury boating and yachting. They travel the world extensively to provide marine and water sports enthusiasts with the very best and latest available. FunAir definitely compliments the entire range at Marine Riley. “

Mark Riley, Founder and CEO of Marine Riley said, “The team at FunAir have been so supportive. Their knowledge and understanding of the market and amazing enthusiasm allows them to create products that have great demand throughout the world. We want people to enjoy every aspect of being out on the water and enhancing their experience, which is exactly what FunAir is all about.”

PureSpace Yachts disinfects, sanitises and purifies air and surfaces by destroying bacteria. It is safe to use on-board luxury yachts with their delicate fabrics and interiors because the system nebulises a completely dry mist into the atmosphere ensuring uniform coverage and efficacy. Inter-Nett, the international yacht fabric cleaning company have launched this new service, to complement their already comprehensive cleaning process.

John Balodis of Inter-Nett said, “PureSpace neutralises bacteria and is already used extensively in hospitals in over 50 countries. The result is that organic smells are removed and areas are left sanitised.”

Yachts can be fully sanitised between charters and in this era of extensive international travel, PureSpace has the ability to combat common viral problems and eradicate the bacteria that can cause issues with hygiene and associated odours.

This year marks the 40th birthday of the 109km South African event, so it’s a special one for the riders to be a part of, proudly sporting their Cogs 4 Cancer cycling tops.

Lee Mutch has ridden every Cogs4Cancer event since the start, and is one of the founding members of Cogs4Cancer. This year he is giving up his place to allow new riders into the peloton, and he is taking on the Cape Town Cycle Tour to spread the word of C4C far and wide! Accompanying him on this epic ride is Steve Bridgeford, who completed the Ancona to Antibes C4C ride in 2015.

Back in South Africa, 35,000 riders taking part will begin their journey in view of Table Top Mountain, setting off on a magnificent loop of the peninsular, and will finishing the ride with the iconic landmark looking over them. The event was born in 1978 when just 525 cyclists participated, now it is the most iconic event in South Africa, and the world’s largest timed cycling event!

Superyacht charity Cogs4Cancer has been going since 2013 and has raised over 700,00 Euros for both Cancer Research UK and local French cancer charities.

The 2017 ride will take them on a 1400km route from London to Antibes, and they will complete this in just 10 days. The riders will set off from London on 4th October 2017. Cogs4Cancer plan to hit their fundraising goal of 1 million Euros this year. To help them achieve this goal, donate online at www.justgiving.com/cogs4cancer

The organisation behind Monaco Yacht Show, Informa’s Global Exhibitions division, today announced the purchase of Yachting Promotions Inc. (“YPI”), the operator of some of the largest yachting and boat shows in the US, for $133 million. The acquisition brings three of the world’s largest in-water boat shows – the Fort Lauderdale International Boat Show, Yachts Miami Beach and the Palm Beach International Boat Show – into the Informa Exhibitions portfolio along with the St. Petersburg Power and Sailboat Show and Suncoast Boat Show in Sarasota. 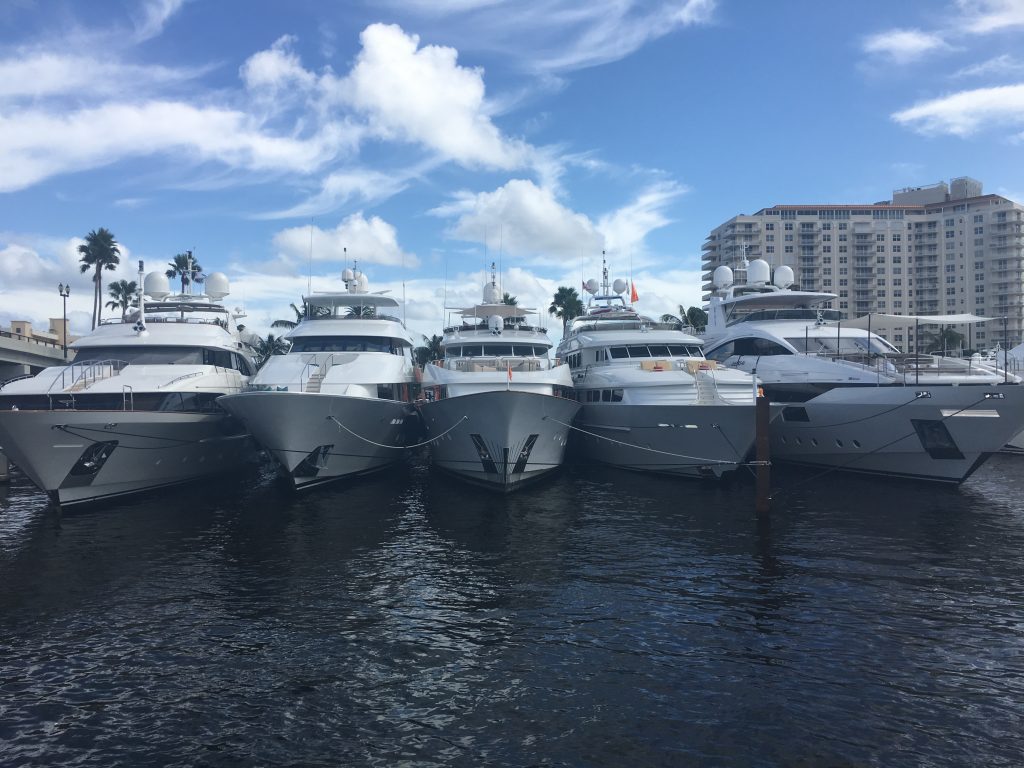 The Fort Lauderdale International Boat Show, which draws 100,000 attendees, 1,300 exhibitors and more than 1,200 boats each November, is the largest of its kind in the world and complements Informa Exhibition’s Monaco Yacht Show, the world’s leading event dedicated to the superyachting industry. 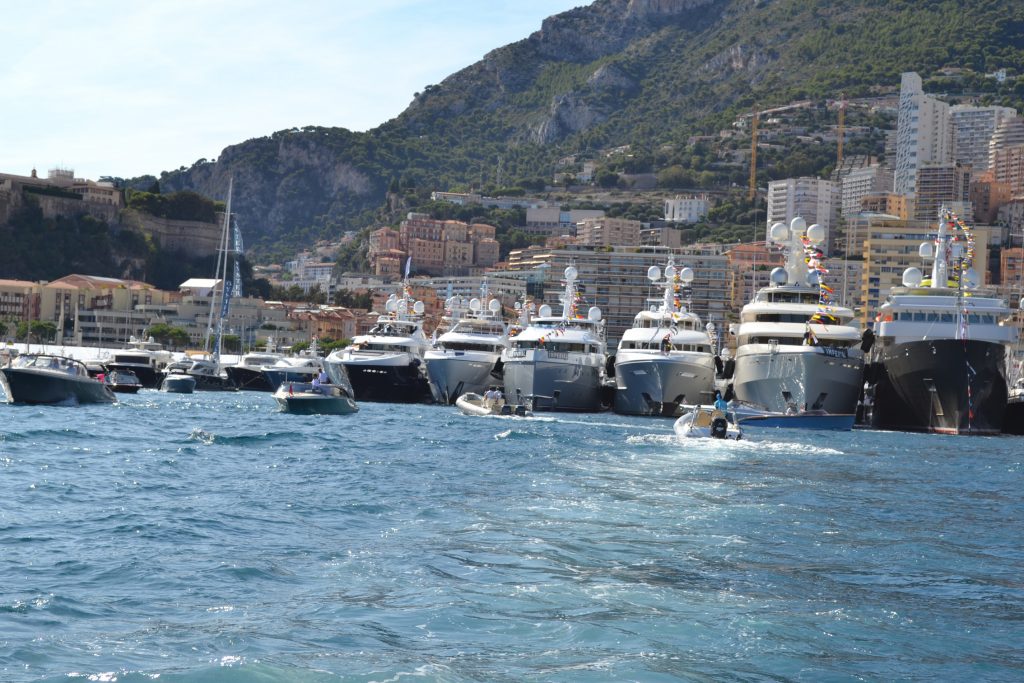 Charlie McCurdy, CEO, said, “With this acquisition Informa Exhibitions becomes the world’s leading yacht show organizer. Combining the world’s premiere show, based in Europe, with these five shows in North America creates a scale player in this attractive and growing vertical, further strengthening our relationship with leading yacht brokers and builders, providing good opportunities for cross promotion and extending customer relationships across platforms and geographies.”

McCurdy added, “With the addition of these Florida shows, and following the addition of Penton’s exhibitions portfolio in 2016, Informa Exhibitions is now Informa PLC’s largest division by revenue and profit. Acquisitions in key and growing verticals will continue to be part of our growth strategy going forward as we look for events that complement what we are doing within vertical markets we have identified as attractive.”

Efrem “Skip” Zimbalist III, Chairman of Active Interest Media, said, “We can think of no better company than Informa Exhibitions, with its global resources, to focus on the continued growth and success of these excellent boat shows while continuing to exceed the expectations of their exhibitors and attendees.”

Skip Zimbalist will advise Informa Exhibitions in the transition, and the rest of the YPI team will continue with the company as it moves forward.

With over 200 trade and consumer exhibitions annually, Informa Exhibitions is a global market leader in such end markets as Beauty, Construction & Real Estate, Design, Life Sciences, Maritime, Health & Nutrition, Natural Products, Agriculture and Pop Culture. Through face to face and digital channels, our transaction-oriented exhibitions and trade shows enable communities to engage, experience and do business. In doing so, we bring together people who want to buy and sell, network, do business and gain inspiration. Our industry insight, coupled with our innovative and entrepreneurial approach, provides them with the opportunity to create business advantage and access markets.