The Riviera Water Bike Challenge includes a mix of celebrities, athletes, Formula 1 drivers and the Prince and Princess. Competitors will race Schiller S1-C Water Bikes over a 20KM relay course between Pointe Ciappaira and the semi-floating harbour wall of the Port Hercules, Monaco. 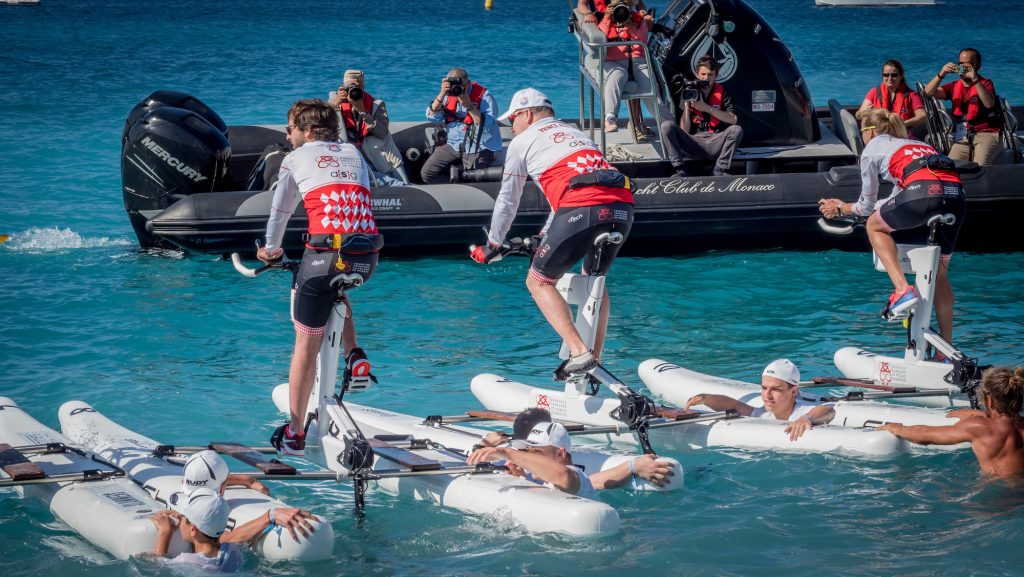 There will be 15 teams of 5 people and each team will consist of two elite sportsmen or sportswomen and three other team members. This years confirmed racers were announced by compere Eddie Jordan at the events charity gala which took place at the Yacht Club de Monaco and include: 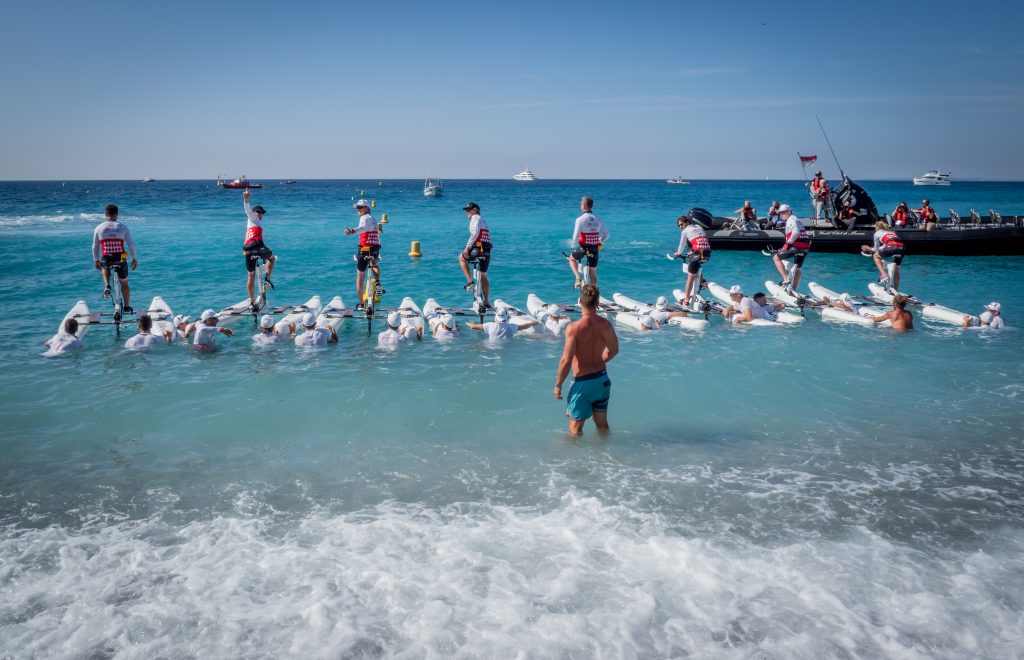 The proceeds of the race and the recent gala will go to the Princess Charlene Foundation, a charity for children with an interest in sports. With Princess Charlene’s help young children will receive every opportunity to make their sporting dreams come true. The gala included an auction with lots donated by supporters of the foundation and included Bono’s guitar, an original Audrey Hepburn print, a Salvator Dali sketch, sporting memorabilia and the Prince’s personal bicycle. Over one million Euros was raised at the event.

The Schiller S1-C Water Bike is an extraordinary machine. Think premium bike meets ultra portable catamaran. Hailed as ‘the world’s most radically redesigned bicycle’ each bike is constructed out of marine grade alloys and stainless steel and can be assembled in less than 10 minutes. It has a compact footprint that will easily fit in storage holds, and is light enough to be carried by hand if needed.

To find out more about the Riviera Water Bike Challenge and Schiller Bikes please email sarrah@globalsuperyachtmarketing.com.

Iconic is the talk of the industry, as this year’s MYBA show in Barcelona Approaches. To showcase the top 100 wines to stock on superyachts, Onshore Cellars announce the launch of a brand new book, Iconic at MYBA on the 23rd April.

Onshore Cellars, following years of experience have listed in Iconic their top 100 all time favourite producers internationally, including some of the most interesting and exciting wines that they have ever come across. 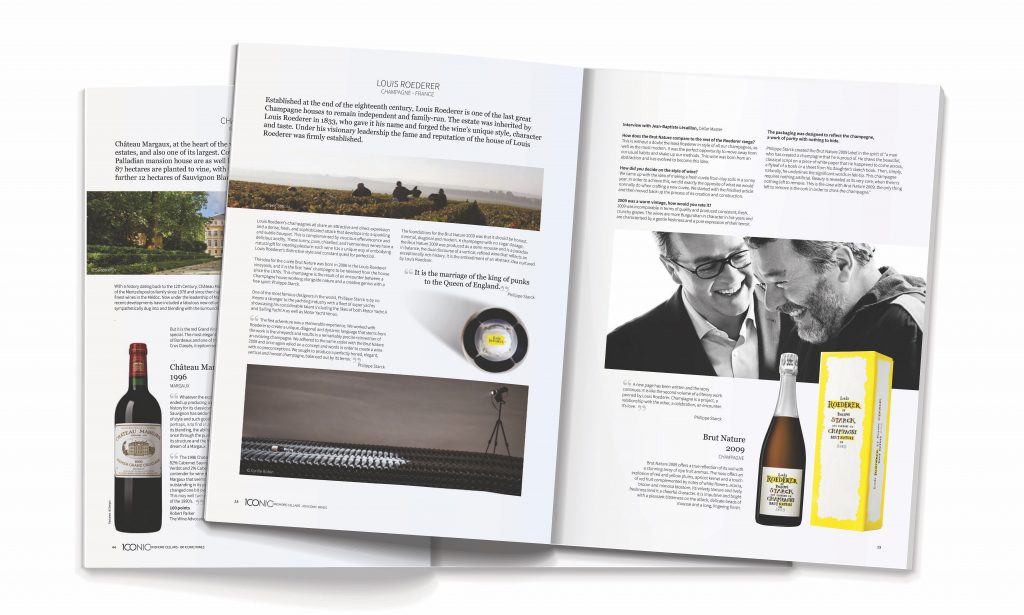 Ed and Jess Dunnett first established Onshore Cellars in 2013 following many years of experience working on yachts. They opened a wine shop in 2017 based in Antibes in the centre of the old town offering customers an extensive range of wines, regular tasting evenings as well as the option to store wine in the large temperature controlled warehouse facility. Today’s team also includes Rosie Clarkson who holds her WSET Diploma and worked in the wine trade in London for 10 years and Rod Smith MW who has over 10 years of experience provisioning wine to yachts.

Owner of Onshore Cellars, Edward Dunnett, comments: “This book is designed to highlight the skills of the fantastic winemakers that we are lucky enough to work with, and the passion that shines through in their wines. Designed to appeal to the wine collector and enthusiast alike we hope you will enjoy this collection of interviews, stories and tasting notes as you partake in this journey with us.”

Following the MYBA Show Onshore Cellars will be offering collectors the chance to try each wine and the option of buying a case or just a bottle of each of the 100 Iconic wines featured in their book.

Onshore Cellars was the first to launch an online wine shop for the yachting industry. The website has both the option to get a quote and order online, making provisioning easy and simple. Iconic also has a fully interactive website to go alongside the book with over 1,000 wines available for delivery worldwide.

Onshore Cellars will be at stand 49 for the MYBA Show and is thrilled to be joined by Ridgeview Sparkling Wine from England, Angel Champagne and l’Orangerie liquor from Monaco, which are all brand new exclusive releases into the yachting industry.

If you would like to request a physical or digital copy of Iconic then please contact Onshore Cellars – info@onshorecellars.com